← more from
Inner Self Records
Get fresh music recommendations delivered to your inbox every Friday. 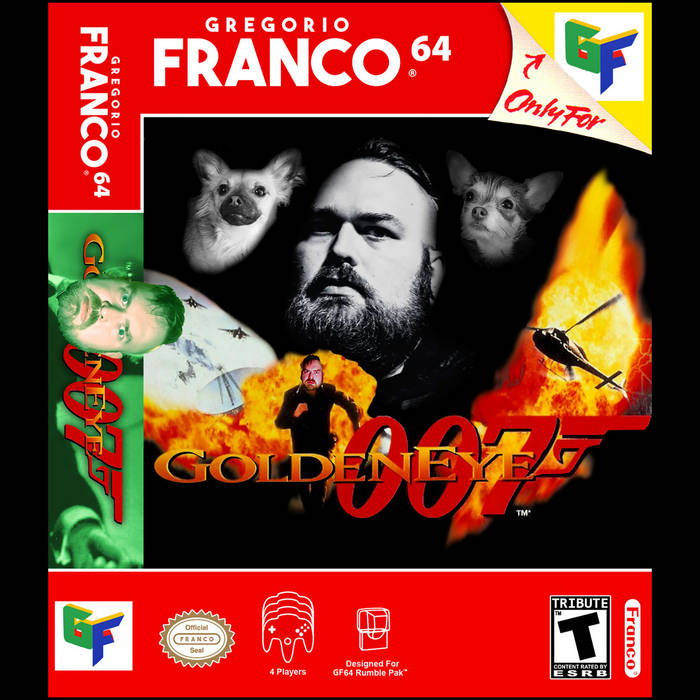 FREELANCER The number of hours I spent playing this game as a kid, and now damn. Thank you Gregorio Franco you freaking legend, this is beyond good. Favorite track: Silo.

SokK Well, if the cover isn't enough for you to Instabuy this album, I guess you need to listen to it : it's Goldeneye 64, but with Heavy Synths & Guitars and it rocks. Favorite track: Intro.

FLESH MECHANIC As with the Mega Man tribute albums, you gotta appreciate Gregorio Franco keeping the spirit and texture of the original soundtrack intact. Even if you didn't know what the hell is GoldenEye, this album translates to you in darksynth language that it was a fast-paced spy-themed FPS game and nothing gets lost in translation. From now on I also won't be able to watch a single James Bond movie without hearing this version of the theme in my head. The 90s have been improved. Favorite track: Antenna Cradle.

Terrordyne Once again Gregorio Franco drops a banger of a tribute album, this time to one of the greatest video games. It's the perfect blend of 007 nostalgia and Gregorio Franco face melters. Favorite track: Silo.

julesneonfawkes A solid tribute to a solid game by a solid artist. GF applies his sound to great effect here. Heck, I would have paid $$$ for the artwork alone. The name's Franco. Gregorio Franco. Nintendo GF indeed. Favorite track: Silo.

You are Bond. James Bond.

You are assigned to covert operations connected with the GoldenEye satellite. M will brief you on your mission and objectives from London. Q Branch will support your efforts with a plentiful supply of weapons and gadgets. Moneypenny offers you lighthearted wishes, and you're off.

Your mission begins in the heavily guarded chemical warfare facility at the Byelomorye Dam in the USSR. Look and shoot in any direction as you navigate 12 interactive 3-D environments. Use stealth and force as you see fit in matters of national security.

This is not a remix album. This is a carefully curated and selected rewrite and reimagining of my favorite music from the GoldenEye 007 soundtrack. It is not the complete soundtrack, but very close to it. This is intended as a tribute, I do not own the original source material. The original music was written and recorded by Graeme Norgate, Grant Kirkhope and Robin Beanland. Graeme Norgate also composed the music for Perfect Dark.

Bandcamp Daily  your guide to the world of Bandcamp